Jessie has moved out of her sister’s house and moved to San Myshuno. She spent a few weeks with her friend Annabella before moving into the home of Gavin Ralston and Akira Kibo. Gavin’s amazing grandparents also live in the home. Jessie was chosen for the special honor of being the surrogate mother to Gavin and Akira’s children. 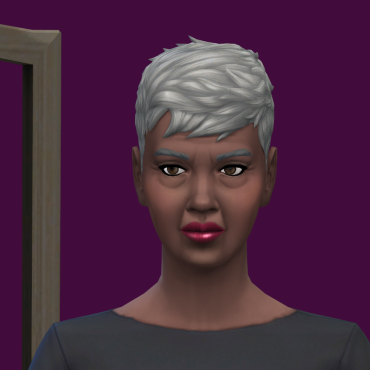 While visiting his step-aunt at Annabella’s house, Eric and Annabella rekindled an old relationship. It did not take long for them to decide they wanted to be together and eloped.

Axel’s one night stand with Oumaima resulted in twin daughters, Abbie and Lacey. In order to remain in his daughters’ lives, Axel had to marry Oumaima. Without that ring, she was going to take the girls back to her home country. Now Axel is trapped in a marriage to a woman he never loved, but is raising two daughters who he adores.

Tony Jr seems to have inherited his father’s way with the ladies. Myla Knight claims that the twins she gave birth to, Cameron and Melvin, were fathered by Tony Jr. While it is entirely possible, Tony Jr refuses to accept any responsibility for them. Karma may have bitten him on the ass though when he met Marcella Shimizu. Once his mother found out that Marcella was pregnant, she insisted that Marcella move into their home. Once again Tony Jr is faced with a snot nosed brat. He’s glad his mother doesn’t know about Myla’s brats.