When Elias heard that his brother and I had gotten married, he wanted to celebrate. We met at the Shrieking Llama. I guess he told the rest of the family because Siobhan and her husband, Zayne, and their parents were all there waiting for us when we got there. Jessie had come along to celebrate with us also. It would probably be her last night out for awhile. At least out like this. I’m sure they aren’t going to lock her in a room and use her as a baby machine.

I don’t think the bartender gets asked to serve just a plain lemonade very often, but she did without complaint.  It was nice to be able to just set and talk with everybody for awhile. I guess it wasn’t only us getting married that we were all celebrating. Eric also got a promotion at work which was really needed right now. We were also celebrating the fact that we are expecting our first child. We were planning to let the family know that night. 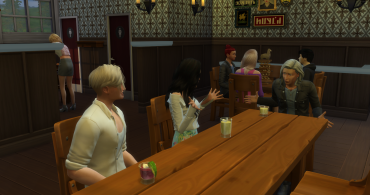 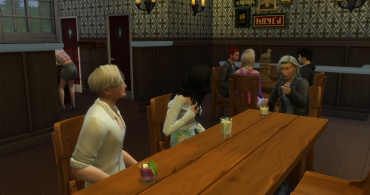 They seemed to take the news really well. Especially Eric’s father. He seemed really excited about being a grandfather again.